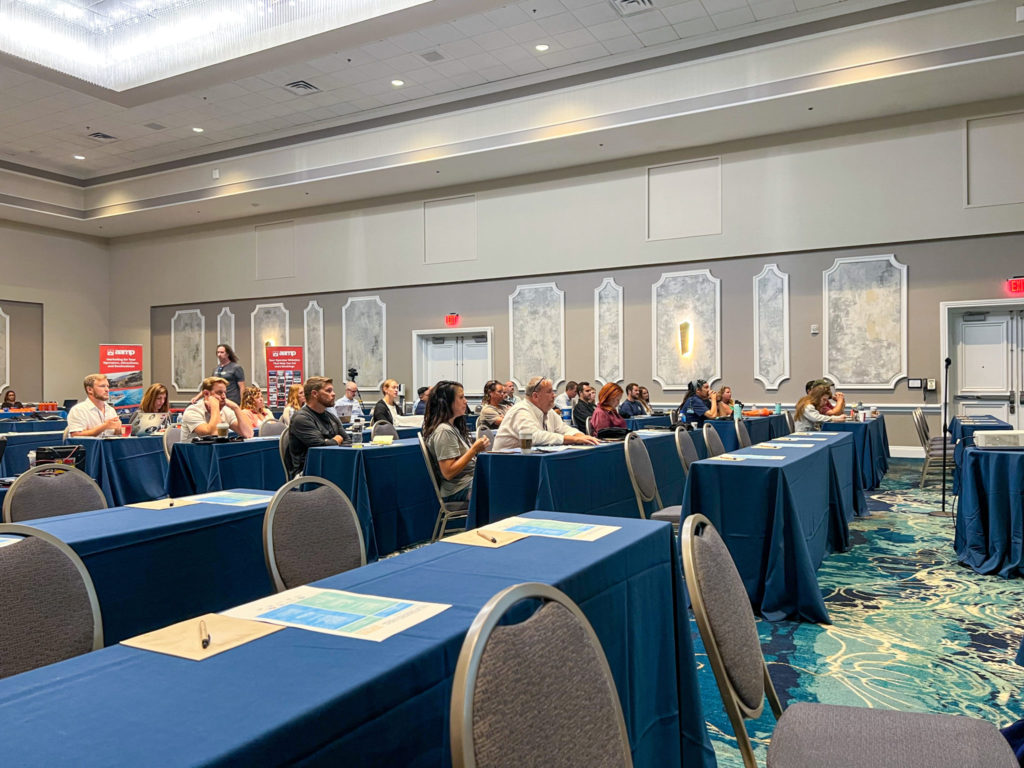 The 2022 Watersport & Boat Tour Operator Forum was a fantastic event — one of a kind, that’s for sure! Even knowing that there was a hurricane looming in the Atlantic, in true watersport and boating industry fashion, operators from all over the country braved the trip to Orlando for the forum. The event kicked off with a bang as old friends reconnected at the kickoff party, and new friendships were made.

As the threat of Hurricane Ian became more pronounced, several operators were forced to leave the event on Monday to tend to their homes and fleet.  By Tuesday morning it became clear that Orlando would also take a direct hit from the storm and the event was forced to end early, so that everyone could make it safely home. But that’s not to say that we didn’t make the most of the time we had and everyone who was able to attend the sessions had rave reviews. We will be sharing highlights and insights from the event, but will first be focusing on our partners and other members of the watersports community who were impacted.

Since making it back from the forum, our team has been reaching out to our partners and friends in multiple destinations across Florida, Georgia, and the Carolinas, to see how they fared from the storm. While many had good news, we have been deeply saddened to hear from many who have suffered a total loss.  Equipment can be replaced, but we know many are suffering even greater losses. Our hearts go out to all of those who were impacted by the storm.

While these are difficult times, there is extreme resilience in the watersports and boating community and we have no doubt that the destinations and businesses impacted will bounce back. We are committed to helping and have started a GoFundMe campaign to help raise money in support of watersport and boat tour operators and their staff members who lost their livelihoods. When activities begin again, which we know they will, we look forward to shouting from the rooftops, “They are back in business!”. Thanks to everyone who has contributed to the campaign — we were able to raise nearly $11,000!